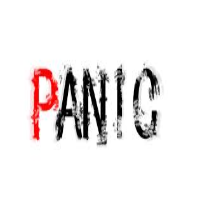 Posted at 17:57h in News by Johann Krynauw

Panic disorder is characterized by sudden episodes of acute apprehension or intense fear that occur “out of the blue,” without any apparent cause. Intense panic usually lasts no more than a few minutes, but, in rare instances, can return in “waves” for a period of up to two hours. During the panic itself, any of the following symptoms can occur:

At least four of these symptoms are present in a full-blown panic attack, while having two or

three of them is referred to as a limited-symptom attack.

Your symptoms would be diagnosed as panic disorder if 1) you have had two or more panic attacks and 2) at least one of these attacks has been followed by one month (or more) of persistent concern about having another panic attack, or worry about the possible implications of having another panic attack. It’s important to recognize that panic disorder, by itself, does not involve any phobias. The panic doesn’t occur because you are thinking about, approaching, or actually entering a phobic situation. Instead, it occurs spontaneously, unexpectedly, and for no apparent reason. There is no obvious cue or trigger for the attack. Also, the panic attacks are not due to the physiological effects of a drug (prescription or recreational) or a medical condition.

If you are suffering from panic disorder, you may be very frightened by your symptoms and consult with doctors to find a medical cause. Heart palpitations and an irregular heartbeat may lead to EKG and other cardiac tests, which, in most cases, turn out normal. (Sometimes mitral valve prolapse, a benign arrhythmia of the heart, may coexist with panic disorder.)  Fortunately,  an increasing number of physicians have some knowledge of panic disorder and are able to distinguish it from purely physical complaints.

A diagnosis of panic disorder is made only after possible medical causes—including hypoglycemia, hyperthyroidism, reaction to excess caffeine, or withdrawal from alcohol, tranquilizers, or sedatives—have been ruled out. The causes of panic disorder involve a combination of heredity,chemical imbalances in the brain, and recent personal stress. Sudden losses or major life change may trigger the onset of panic attacks.

Cigarette smoking increases the risk of panic disorder (Isensee et al. 2003). About 30 percent  of people with panic disorder use alcohol to self-medicate (Mental Health America 2007), which often worsens their symptoms when the effects of alcohol wear off. Cannabis often precipitates panic in some people. About one-fourth of individuals who have panic attacks will have an occasional nocturnal panic attack (panic upon awakening from sleep).

Panic disorder is in part influenced by excessive activity in parts of the brain known as the amygdala and the hypothalamus. See chapter 2 for more detailed information on the neurobiology of panic disorder.

All of the following strategies are considered state-of-the-art treatments for panic disorder.

Relaxation Training. Practicing abdominal breathing and some form of deep muscle relaxation  (such as progressive muscle relaxation) on a daily basis. This helps to reduce the physical symptoms of panic as well as anticipatory anxiety you  might experience about having a panic attack.  A physical exercise program may also be recommended to reduce anxiety. (See chapters 4 and 5.)

Panic-Control Therapy. Identifying and eliminating catastrophic thoughts (such as “I’m trapped!” “I’m going to go crazy!” or “I’m going to have a heart attack!”) that tend to trigger panic attacks. (See chapter 6.)

Interoceptive Exposure. Practicing voluntary exposure to the bodily symptoms of panic, such as rapid heartbeat, sweaty hands, shortness of breath, or dizziness. Such symptoms are created deliberately, usually in the therapist’s office. For example, dizziness might be induced by spinning in a chair or rapid heartbeat by running up and down stairs. Repeated exposure to unpleasant bodily symptoms promotes a process of desensitization, which basically means “getting less sensitive” or getting more used to the symptoms to the point that they no longer frighten you. (See chapter 7.)

Medication. The antidepressant medications known as selective serotonin reuptake inhibitors, or SSRIs, such as Zoloft, Lexapro, Celexa, or Cymbalta—or benzodiazepine medications such as Xanax, Ativan, or Klonopin—may be used to reduce severity of panic symptoms. Such medications  are  best  used  in  conjunction  with  the  first  three  strategies  above.  (See  chapter 17.)  A downside of medication treatment for panic disorder is that more than 50 percent of people can relapse if the medication is discontinued a year or more after beginning it.

Lifestyle and Personality Changes. Some of the lifestyle changes that can reduce your tendency to have panic attacks include stress management, regular exercise, eliminating stimulants and sugar from your diet, slowing down and creating “downtime,” and altering your attitudes about perfectionism, the excessive need to please, and the excessive need to control. (Chapters 4, 5, 10, and 15 address these issues.)