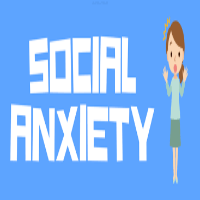 Posted at 10:53h in News by Johann Krynauw

Social anxiety disorder (also known as social phobia) is one of the more common anxiety dis- orders. It involves fear of embarrassment or humiliation in situations where you are exposed to the scrutiny of others or you must perform. This fear is much stronger than the normal anxiety most nonphobic people experience in social or performance  situations.  Usually  it’s  so  strong that it causes you to avoid the situation altogether, although some people with social phobia endure social situations, albeit with considerable anxiety. Typically, your concern is that you will say or do something that will cause others to judge you as being anxious, weak, “crazy,” or  stupid. This includes merely showing physical symptoms of anxiety, such as blushing or sweating. Your concern is generally out of proportion with the situation, and you recognize that it’s excessive (children with social phobia, however, do not recognize the excursiveness of their fear). To be diagnosed with social anxiety disorder, the fear must have been persistent for at least six months. Social anxiety disorder is associated with increased likelihood of dropping out of school, decreased satisfaction and productivity in the workplace, lower socioeconomic status, and generally poorer quality of life.

The most common social phobia is fear of public speaking. In fact, this is the most common   of all phobias, affecting performers, speakers, people whose jobs require them to make presentations, and students who have to speak before their class. Public-speaking phobia affects a large percentage of the population and is equally prevalent among men and women.

Other common social phobias include

Sometimes social phobia is less specific and involves a generalized fear of any social or group situation where you feel that you might be watched or evaluated. When your fear is of a wide range of social situations (for example, initiating conversations, participating in small groups, speaking to authority figures, dating, attending parties, and so on),  the condition is referred to    as generalized social phobia.

Common symptoms of social anxiety disorder include blushing, sweating, trembling, heart palpitations, and nausea. Many people who are unaware that they are socially phobic use alcohol to reduce these symptoms, which, in some cases, can lead to alcoholism. While social anxieties  are common, you would be given a formal diagnosis of social phobia only if your avoidance interferes with work, social activities, or important relationships, and/or if it causes you considerable distress. As with agoraphobia,  panic attacks can accompany social phobia, although your panic   is related more to being embarrassed or humiliated than to being confined or trapped. Also, the panic arises only in connection with a specific type of social situation.

Social phobias tend to develop earlier than agoraphobia and can begin in late childhood or adolescence, often between ages eight and fifteen. They often develop  in shy children around    the time they are faced with increased peer pressure at school. Typically, these phobias persist (without treatment) through adolescence and young adulthood but have a tendency to decrease  in severity later in life. Social phobia affects between 3 and 7 percent of the US population and may be more prevalent among women than men. However, gender rates for clinical samples are higher for men than for women. Though job parity for men and women is increasing, men still seek out treatment more frequently than women because of their jobs. Up to 14 percent of adults experience social phobia at some time in their lives.

All of the following interventions are part of the current treatment for social phobia:

Cognitive Therapy. Fearful thoughts that tend to perpetuate social phobias are identified, challenged, and replaced with more realistic thoughts. For  example, the thought “I’ll make a fool      of myself if I speak up” would be replaced with the idea “It’s okay if I’m a bit awkward at first when I speak up—most people won’t be bothered.” Cognitive therapists tend to focus on three specific types of cognitive distortions: an excessive focus on anxiety symptoms and how they might appear to others, distortions in self-concept about social attractiveness, and the tendency   to overestimate the likelihood of a negative evaluation.

Exposure. Exposure involves gradually and incrementally facing the social situation or situations you’re phobic about. You might do  this first in imagery and then in real life. For  example, if  you’re phobic of public speaking, you might start out giving a one-minute talk to a friend and  then gradually increase, through many steps, both the duration of your talk and the number of people you speak to. Or, if you have difficulty speaking up in groups, you’d gradually increase both the length and degree of self-disclosure of remarks made in a group setting. (See chapter     7.) After each exposure, you’d review and challenge any unrealistic thinking that caused anxiety. While the treatment for social phobia can be done on an individual basis, group therapy is the ideal treatment format. This allows direct exposure to the situation and stimuli that evoke anxiety in the first place.

Staying on Task. People with social phobia tend to focus a lot on how  they are doing or try to gauge other people’s reactions while speaking in a social situation. Treatment includes training yourself to focus only on the task at hand, whether conversing with a boss, speaking up in class, or presenting information to a group.

Medication. SSRI medications such as Zoloft, Luvox, Cymbalta, or Lexapro, or low doses of benzodiazepine tranquilizers such as Xanax or Klonopin, may be used as an adjunct to the cognitive and exposure-based treatments described above. Sometimes monoamine oxidase (MAO) inhibitor medications such as Nardil or Parnate are used to treat social phobia with success, though this is less common in current practice. (See chapter 17.),

Social Skills Training. In some cases, learning basic social skills such as smiling and making eye contact, maintaining a conversation, self-disclosure, and active listening are part of the treatment for social phobia.

Assertiveness Training. Training in assertiveness, the ability to ask directly for what you want or to say no to what you don’t want, is often included in the treatment. (See chapter 13.)